The wide genre known as calypso has been a major part of the Crop Over festival in Barbados since its inception.

Here is part I of  a video that traces its aural history in Trinidad.  Unlike most Calypso history documents that I have come across,  this one actually has music. Enjoy and educate yourself, in fact, enjoducate yourself!

Here it is below.

*Oh yeah and here is the slide presentation from it in case you want to teach this or have really great parties.

An Aural History of Calypso from Stefan Walcott

In Peter Wade’s book, “Music, Race and Nation,” he makes the observation that many of the Caribbean and Latin-American countries have very similar types of “national music.”

I never realized how similar they actually were until I read this, and with the intervention of that great illustrator, YouTube, I was able to see this as well in living html video.

First up is this lesser known Big Drum style from Cariacou.

Also bearing some similarity to this is the Tambú tradition from Curacao.

Not to be left out, here is Bomba from Puerto Rico with none other than Big Bird in attendance.

From the South American continent, here is festejo from Peru.

This list can go on and on, not indefinitely of course as the region is limited, but we can also add merengue tipico from Dominican Republic,gwo ka from Guadeloupe and Rhumba from Cuba. All of them are:

In short, it is ironic how these expressions which are so closely linked to parochial nationalism are less unique than the states which promote them like to say. In fact, there is a strong argument for a Latin American and Caribbean culture over a nationalist one, but alas, difference is far too appealing, but don’t they look similar? 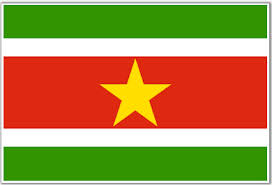 The following video was recorded in 2013, when I was invited to a rehearsal by Surinamese drummer, Gregory Kranenburg. Gregory was part of a team responsible for putting together a cultural show for Carifesta XI which demonstrated the diverse music culture of *Suriname. Needless to say I was blown away and I hope you will be as well. It is a pity that I can not find the final show online. Anyway, here is the rehearsal, enjoy.

* Suriname is one of the most diverse cultural areas in the Caribbean. Its population is made up of the following ethnic groups: Javanese, Chinese, Hindustani, Amerindian, Creole (African and European) and Maroon.

The Caribbean, for a small geographical space, has many different musical cultures.

Most people only know the big boys, the Reggaes, Reggaetons and Merengues but there are numerous other genres that deserve a little blog attention.

Here is a list of 10 I think you should check out.

There are not many artists or musical genres from Guyana that are known outside of the country. Masquerade is a folk genre similar to Tuk and other fife and drum music types in the Caribbean. Like others, it is heard on festive occasions.

Kasesko is a music out of Suriname. Its rhythm is based around the snare and an indigenous drum called the skratji. Leading artists include Carlo Jones and Yakki Famirie.

The construction of the Panama canal had a profound effect on the culture of the Caribbean as thousands of men left their agrarian lives to work for the Yankee dollar. Another Central American country touched by this Anglo-Caribbean transfer was Costa Rica, as shown beautifully by Costa Rican calypso.

Tambú is a folk form from the Dutch Caribbean island of Curacao. At one point controversial, it is gone on to be part of Curacao’s cultural heritage, especially for its African descendants.

In the northern Caribbean countries such as the US Virgin Islands there is a derivative of Soca that I think deserves special mention. It  obviously borrows from the American pop sub genre crunk and therefore its melodies are more shouted than sung. It also sounds “loud” as the mastering engineer probably has all the gains at maximum.

While Reggae and the whole Ska complex are widely known, the folk and traditional forms of Jamaica are not nearly as popular. Jonkonnu is one of the oldest musical practices in the Caribbean and is a fife and drum music with relatives in Bahamas, the Carolinas and Barbados.

Bouyon is a fusion genre. The group which promoted and performed this, WCK, sought to bring various Caribbean popular elements together. Bouyon really is a sub-genre of Soca but I still think it worthy to put on this list.

Gwo ka is a drum ensemble music. It usually does not feature harmonic instruments. It is in the tradition of other large-scale drumming ensembles from the Afro Diaspora such as samba from Brazil and comparsa from Cuba.

Spouge is a popular form that lived and died in 1970s Barbados. It is played around November in Barbados, the time of national celebrations where things Bajan take centre stage.

So there they are, if you like what you hear, go check out more artists from these genres!

You will not be disappointed.